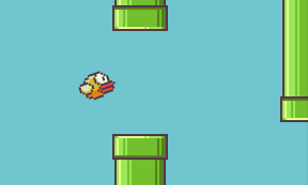 The chart topping ultra addictive game ‘Flappy Bird’ which has been downloaded millions of times from app stores, was pulled from all app stores today by the creator. The Vietnam based creator Dong Nguyen said that the game’s success ruined his simple life.

I can call 'Flappy Bird' is a success of mine. But it also ruins my simple life. So now I hate it.

So the game won’t be there in Google Play Store and in Apple’s App Market. The game was making $50,000 revenue per day from the in-app advertisements. Dong already tweeted that he’ll take his app down from the app stores:

What do you think about this decision? Does he really need to do this? I am really not happy with his doing. Anyway if you have Flappy Bird already there in your smartphones, then play it hard! Or if you don’t care about this, let the bird die!

Best choice for a computer desk

A Success Story That Needs Reviews