Motorola India had a pleasant time with the launch of the Moto G and they now released the cousin, Moto X recently. This release is exclusively made by Flipkart which means the phone will be available only through them. The Moto X is a 4.7 inch smartphone running Android Kit Kat. This one is a premium device from Motorola. 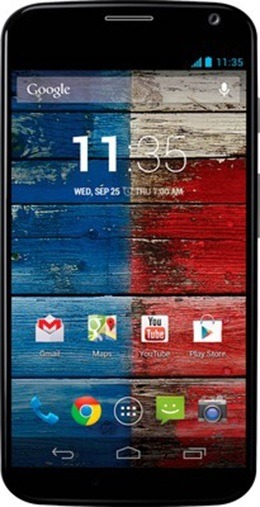 As I said, it has a 4.7 inch HD (1280 x 720p) display with capacitive touchscreen as usual and its protected by a Corning Gorilla Glass. Its a AMOLED display like some Samsung ones. On the processing side, it has a 1.7GHz dual-core Qualcomm Snapdragon MSM8960 Pro processor paired with 2GB of RAM. Its a decent unit which could offer a good performance. Interestingly it features a quad-core GPU which is Adreno 320.

The Moto X features a 10 megapixel camera with LED flash which is pretty rare and unique. On the front, there”s a 2MP camera for video-calling. The primary camera has some features like: Quick Capture Gesture, Clear Pixel Technology, Get the Shot: Twist Wrist Twice to Shoot. The camera is capable of recording Full HD and HD videos.

The phone gives you 16 GB internal storage and there”s no microSD slot for expansion. It has 2GB RAM as already mentioned. The system is powered by a 2200 mAh battery. And the phone has got all regular Wi-Fi(with hotspot), Bluetooth (v4), 3G (HSPA+), 3.5mm jack and all.

The Moto X is available as 4 colored and 2 wooden versions. White, Red, Royal Blue and Turquoise colored ones and Teak & Walnut wooden-finished ones.